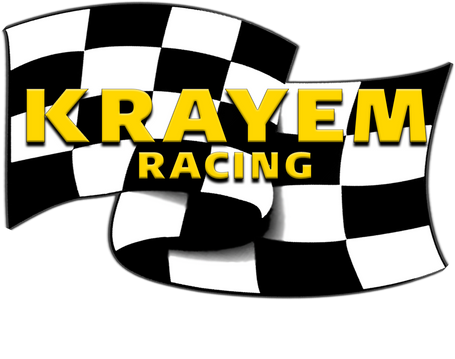 This was the original car of approximately 10 and built by Bob Light in 1998 and he won the Castle Combe GT Championship twice with lap times of 1.03 which is faster than today’s times.

David Krayem purchased the car from Bob Light in 2003 and then was developed and run meticulously by Krayem Racing and under the guidance of in house Chief Engineer Ben Scrivens from 2006 to 2010.

The colour changed from black to white as it was often not seen by slower cars when being lapped as it approached in the braking zones and now runs the long tail version to reduce drag and increase downforce although the short tail mould remains with the car. (1300 lbs down force at 150 mph as tested in the wind tunnel at MIRA with the short tail).

David Krayem won the FIA European GT Revival Championship in 2007 against GT1 cars such as McLaren F1 GTR, Porsche, Ferrari, Lotus etc. Krayem won every race except a 3rd at Silverstone in April 2007 with a delay in the scheduled pit stop and a 2nd at Magello in April 2008 with a puncture.

Most notably at Magny Cours in October 2007 in this Championship David Krayem matched the lap times over 4 days of the McLaren F1 GTR of Paul Knapfield which was 4thoverall at the 1998 Le Mans 24 hour race and beat the McLaren in the 45 minute race by several seconds.

This caused such surprise that an official investigation ensued well into the night where we successfully proved using our data logging that we had not contravened any regulations.

David Krayem also won the last ever Britsports race at Snetterton in 2008 by a wide margin and ran in the Britcar sessions at that meeting posting a 1.06, quicker than all other Britcars for which the car remains eligible for Britcar GT and Dutch Supercar, VdeV GT (UK and European), Rhino GT, ADAC German GT, GT Eins,

German STT, Spanish GT (with some minor changes) and other GT Championships in UK and Europe and the rest of the world.

Other Stealth B6 GT cars have competed successfully around the world in such Championships as British GT (the fastest car in 2001 /2), Belgian GT (Belcar), Grand Am in USA, Bahrain GT, ADAC German GT, Rhino GT.

There are also similar road cars of lower specification in UK and Europe although this car remains the highest specification and best maintained example.

Built in 2003 as a road car but with trackday use in mind. The car has been modified year by year to improve engine balance and handling. Lots of original parts were replaced by full motorsport parts (suspension, brakes, cooling parts, transmission, cockpit equipment….)

In 2011/2012 a new 650 bhp Chevrolet 6.6 litre V8 engine from the Krayem Racing Stealth B6 GT1 which won the 2007 European FIA GT90’S Revival Championship was incorporated and mated to a Ricardo GT2 sequential transaxle and the results were superb.

Handling has been improved by adding a new 3 way suspension from Nitron and a new setup which has transformed the car into a true trackday beast.

Thanks to Dave Krayem for his full support and help.

The following is a short in car film clip.

We need your consent to load this video

We use a third party service to embed video content that may collect data about your activity. Please review the details and accept the service to view the video.

This site uses third-party website tracking technologies to provide and continually improve our services, and to display advertisements according to users’ interests. I agree and may revoke or change my consent at any time with effect for the future.
More

This tool helps you to select and deactivate various tags / trackers / analytic tools used on this website.